Devising a Plan for a Carbon-Neutral United Kingdom

We were commissioned by the Liberal Democrats to research and compile a detailed plan for how the UK could become carbon neutral by 2050, examining decarbonisation policies across every sector of the UK economy, drawing on cutting edge research and making policy recommendations.

With our partners at Iken Associates, and in consultation with a wide range of stakeholders, over a nine month period we compiled a detailed, independent report for the Lib Dems which was published at the Lib Dem conference in September 2017.

Our work was later cited by the House of Commons Environmental Audit Committee in its report into “Greening Finance”. In June 2019, the UK Government announced that it would adopt a Net-zero emissions target by 2050. 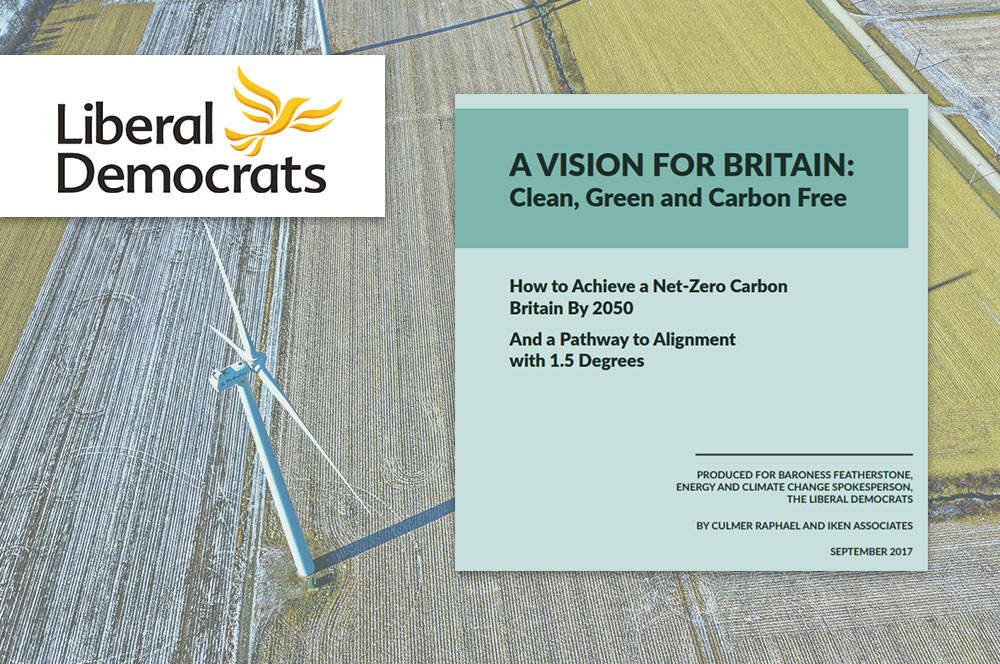