Deepening understanding of Algeria in the EU

We developed a programme of work that helped deepen understanding of Algeria both culturally and politically among Brussels policy-makers.

The programme included working with MEPs on the Maghreb Delegation of the European Parliament, The European Commission’s External Action Service, DG Energy and the Algerian mission in Brussels to host screenings and talks at the European Parliament around the spectacular film, “L’Algerie vue du ciel”, by Yann Arthus-Bertrand and Yazid Tizi.

We also hosted an in depth seminar at the Brussels Press Club with DG CLIMA cabinet members, key academics and commentators and the FT’s Energy columnist, Nick Butler, focused on Algeria’s evolving relationship to the EU and the role for future energy and neighbourhood policy. We were also part of the EU delegation at the EU-Algeria business forum. 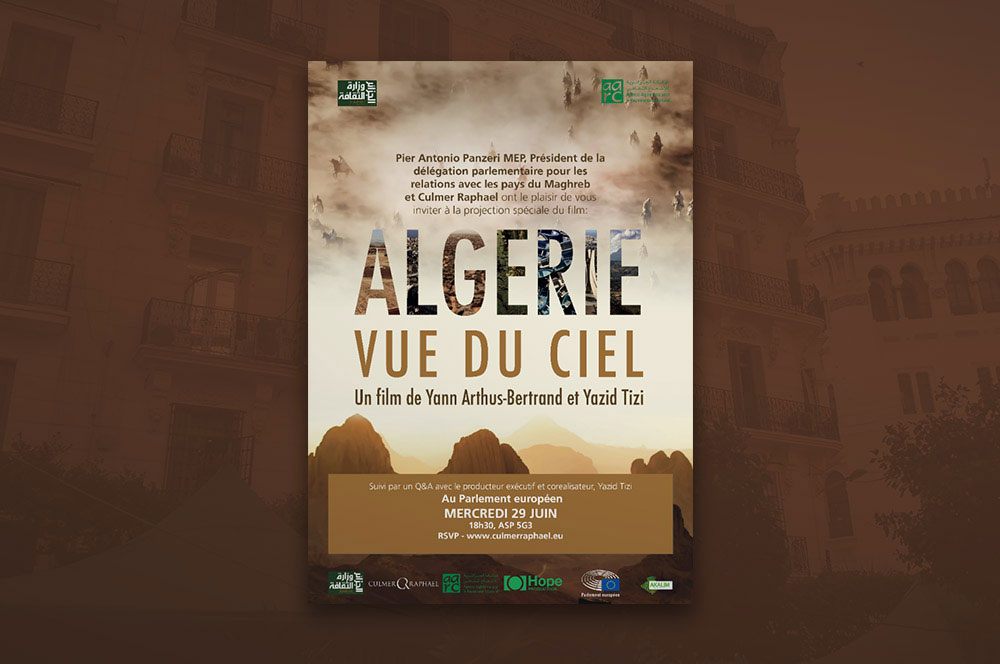