The von der Leyen Commission designate.
What message on climate and environment?

The incoming European Commission President, Ursula von der Leyen, has announced her new Commission and assigned portfolios to each of the 26 member states. Subject to European Parliament approval, the new Commission will take office on the 1st of November.

On top of eight Vice Presidents, the new college includes three Executive Vice Presidents, each of whom will lead a ‘group’ of commissioners as well as being responsible for a headline political priority and a specific Directorate-General. The three Executive VPs currently serve in the Juncker Commission: Frans Timmermans, the Dutch commissioner and former lead candidate for the Socialists and Democrats; Margarethe Vestager, the Liberal, Danish competition commissioner, and Valdis Dombrovskis, the centre-right former Latvian prime minister, currently serving as commissioner for the Euro.

Von der Leyen has placed climate action at the heart of her political guidelines and has charged Timmermans (who will deputise for her as First Vice President) with leading on a “European Green Deal”. Timmermans will also take over the reins from Miguel Arias Cañete at DG CLIMA and coordinate with the new commissioners for Energy (Kadri Simson) and environment (the 28-year-old Lithuanian Virginijus Sinkevičius). This is a bolstered role for climate action and places DG CLIMA on a level political pegging with DGs ENER and ENVI. Despite not being a Vice President, the French commissioner (and former MoDem/LRM MEP) Sylvie Goulard, also has a powerful portfolio, leading on the single market and on industrial strategy.

In her mission letter to Timmermans, von der Leyen reconfirms a commitment to Europe becoming the world’s first climate neutral continent by 2050 and expects a new European Climate Law enshrining this to be published in draft within the first 100 days of her mandate. She also wants Timmermans to lead on uprating the recently finalised 2030 EU emissions target from 45% to 55% (GHG cuts on 1990 levels); reducing the footprint of the transport sector and the maritime economy and to continue to work on the Circular Economy, a sustainable food strategy for Europe and a “European Climate Pact”, which will focus on involving sub-national regions more closely in climate policy. This adds up to quite a lot but Timmermans brings huge experience in Brussels as well as in international fora, where his formidable skills as a linguist and former diplomat have always served him well.

As part of his climate brief, Timmermans will also work with the new Italian economy commissioner, Paolo Gentiloni, to design a WTO-compatible carbon border tariff. This idea hit the buffers in 2017 as part of the reform of the EU Emissions Trading System and its mammoth complexity will tax even the most capacious of brains. A key difference, though, will be high-level political buy-in – as von der Leyen was persuaded to include the tariff as part of her political guidelines to the whole Commission, after pressure from the European Greens. This will be an interesting debate as the new Commission takes office, especially in the context of global trade disputes and protectionism.

Also significant for the energy brief will be Vestager’s expanded role both as digital czar at the Berlaymont and as a second-term commissioner for competition with a brief to review the EU’s state aid laws in light both of the climate and digital transitions.

In her mission letter to Kadri Simson (the former Estonian economy minister who takes over DG ENER), von der Leyen stresses the importance of implementing the newly agreed EU regulations on the internal electricity market in the member states. Simson has useful experience from her time as Economy minister during the Estonian presidency of the Council (July-December 2017), where she helped to steer the directives and regulations in the Clean Energy for All Europeans package through council. Some green NGOs have been a little spooked by a paragraph in the letter to Simon affirming that “gas will have a role to play in the transition towards a carbon-neutral economy, notably through carbon capture and storage. You will assess how sources of supply can be diversified at competitive prices, in particular by making full use of the potential of affordable liquefied natural gas”. With the gas market directive expected early next year, and in the context of the new European Green Deal and 2050 climate law, we can expect controversy here.

The new configuration appears to lend additional ballast to the climate and energy commissioners as well as setting out significant ambitions for the first 100 days of the mandate. With the UK’s (expected) exit from the Council, the council configuration will change dramatically and over two thirds of newly-elected MEPs are taking their seats for the first time. The first 100 days will, therefore, be a big challenge for the new Commission President and she is likely to rely heavily on her more experienced Executive Vice Presidents. Stay tuned. 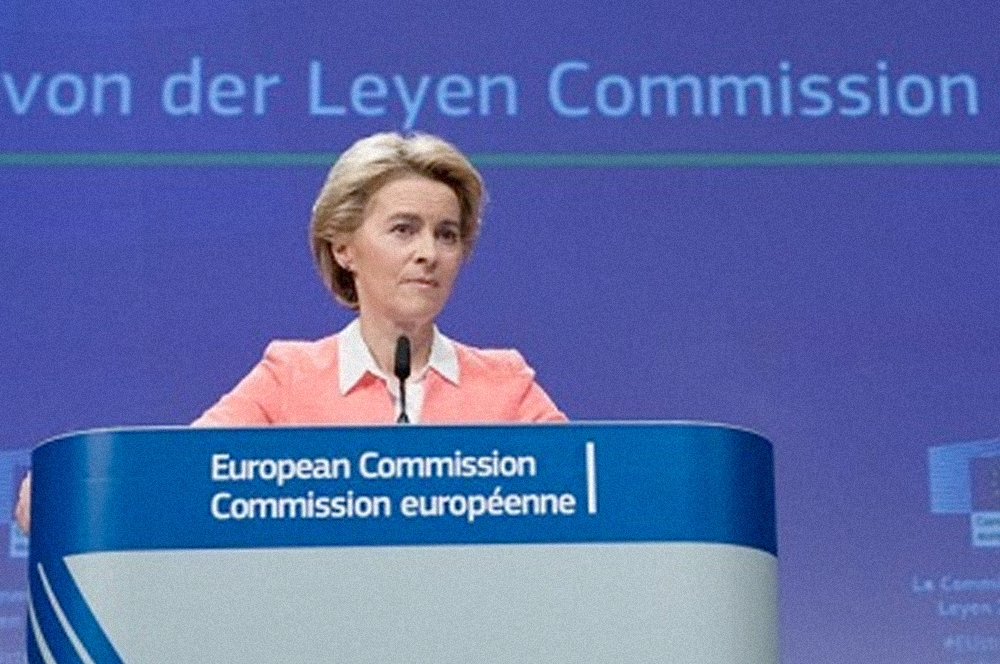