"A case that is well argued and backed by relevant evidence can still secure needed changes in policy." 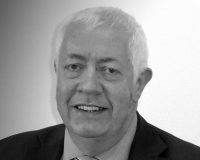 Wyn Grant is Emeritus Professor of Politics at Warwick University. His book ‘Lobbying: The Dark Side of Politics’ is available directly from Manchester University Press  or from Amazon.

The freedom to associate is at the heart of liberal democracy and the presence of a vast array of political associations in a country could be seen as a sign of a healthy civil society in which citizens are freely able to express their views. Autocracies either prohibit their citizens from joining associations other than those that are state approved, or at the very least associations enjoy a perilous existence with their offices raided or their activists imprisoned.

Democracy goes beyond the act of voting, important though that is. Citizens need opportunities to participate in the political process, to express their views and to share and develop them with others.  Nevertheless, representative organisations take democracy beyond a simple head-counting exercise to reflect the intensity of views held by citizens.  They provide an additional route for political participation, allowing citizens to develop political skills that may be applied elsewhere in the political process. Hence they are a source of social capital.  They may encourage citizens to feel that they are fully involved in the political process and that it is responsive to them.  They may therefore counter political exclusion, particularly at a time when more conventional forms of political involvement are declining.

Critics of lobbying have been particularly concerned about what they see as an excessive influence of business interests, particularly those of large multinational companies.

It is possible for campaigning organisations to take advantage of the fact that business is not a homogeneous interest and to form alliances with more progressive segments of the business community.  These differences are particularly marked in the case of climate change.

At one end of the spectrum are firms and sectors that produce fossil fuels or are highly dependent on them.  They are likely to attract political support from energy intensive industries that are sensitive to input prices such as steel, glass, aluminium, paper and ceramics.  At the other end of the spectrum are those firms that are actively involved in the green economy and are engaged in the development and application of new technologies.

As far as companies that have an incentive to take action on climate change are concerned, insurance and reinsurance companies face the prospect of enormous liabilities from rising weather-related claims.  The Association of British Insurers, for example, believes that an increase in the frequency or severity of extreme weather events could mean that insurers have to increase premiums to stay viable.

The insurance industry believes that it faces some real threats from climate change in terms of increased uncertainty, particularly in relation to pricing its products.   It considers that if it responds to those challenges in the right way, it can turn a threat into a market opportunity which would also enhance the industry’s reputation.  The industry wants to be seen as part of the solution rather than a barrier to progress.  Unlike, say, the coal industry, climate change will not reduce its total volume of business, but there is a greater risk of making unpredictable losses, so anything that can be done to reduce that risk is beneficial to the industry.

One lesson that emerges is that the way in which issues are framed or defined is of key importance.  The framing of issues is a highly contested process.  Issues need to be placed on the policy agenda, but also kept there.  One issue that arises here is that of corporate lobbying and greenwash.  Big companies can present something as green/climate friendly, aligning this with their corporate interest.  Construction of an issue in this way can often distort or go against the overall public interest in reducing emissions or minimizing environmental impact.

Reliable evidence can help to structure a debate, particularly in relation to health issues, but sometimes the evidence is contested and more emotive framings may prevail, as in the case of badgers and TB.  However, it is important to remember that the political process is not just about evidence, which can appear to be a rather technocratic approach, but also about the values we attach to processes and outcomes.

For example, the Alcohol Health Alliance faced a situation in which the UK government and the alcohol industry preferred to focus on the minority of problem drinkers.  This led to a criminal justice led approach to policy focusing on binge drinking and problems associated with the night-time economy which tended to put the Home Office in the driving seat rather than the Department of Health.  The AHA had success in redefining the issue as one of the pricing of alcohol.   Minimum pricing presented less of a threat to government tax revenues; indeed offering the possibility of enhancing them.

Is the democratic process unduly distorted by lobbying? Business does not always get its own way, even if it has a homogenous position which is often not the case.  It has had to retreat on a number of issues, particularly those where there are public health concerns.   The relative silence of business during the Brexit campaign suggested that it was inhibited by offending consumers, particularly the case for those businesses such as retailers which have a direct relationship with customers who would be divided down the middle on the issue.

Environmentalists have had had some successes, for example in effectively stopping the commercial use of GM crops in Europe and bringing fracking effectively to an end. There is no doubt that business has some crucial advantages. Its lobbying operations are very well resourced and highly sophisticated. However, its values are not dominant and a case that is well argued and backed by relevant evidence can still secure needed changes in policy.