Edward Robinson was delighted to be invited to speak to a conference convened by the University of Economics, Prague on “What is the Energy (Policy) of the Future?”, on the 2nd of October 2019.

Representatives from the European Commission (DG ENER), The Wuppertal Institute for Climate, Environment & Energy, E.ON and Extinction Rebellion (XR) also addressed the conference. Robinson spoke on the lessons for energy policy from the EU’s RED II directive and, also, on the situation in the UK – drawing on the experience of the UK’s contracts for difference for renewable power, capacity market and coal phase out.

An extended interview with Edward Robinson appeared in December 2019 in the Czech business and economics journal, Trade News.

The full interview with Trade News’s editor, Daniel Libertin, can be found here. An English language version is not yet available.

“Edward Robinson: SMEs will play a key role in a new, low-carbon economy.”

Rising GHG emissions and pollution reinforce the need to rapidly reduce our dependence on fossil fuels, so it’s right that Europe is setting an example for the rest of the world,” says British economist Edward Robinson, whose main focus lies in the energy sector. What impact will recent policy changes have on the business sector, especially on small and medium-sized businesses; in Czechia and beyond? 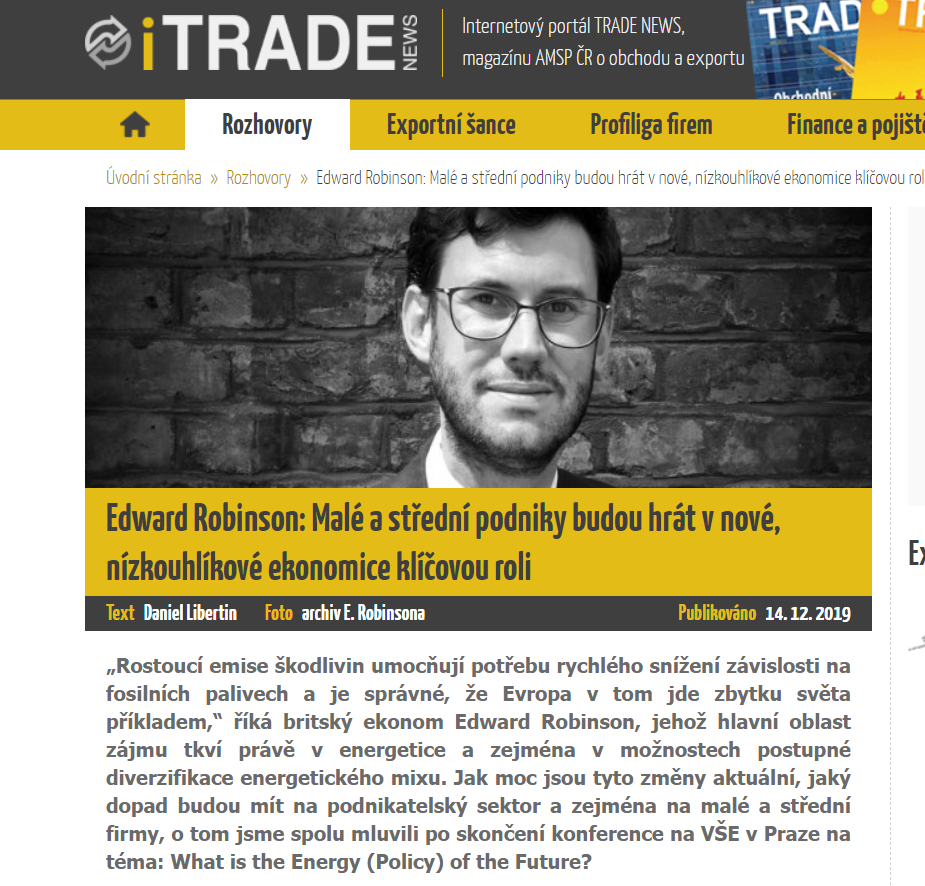